The second round of escape room implementations has been a success 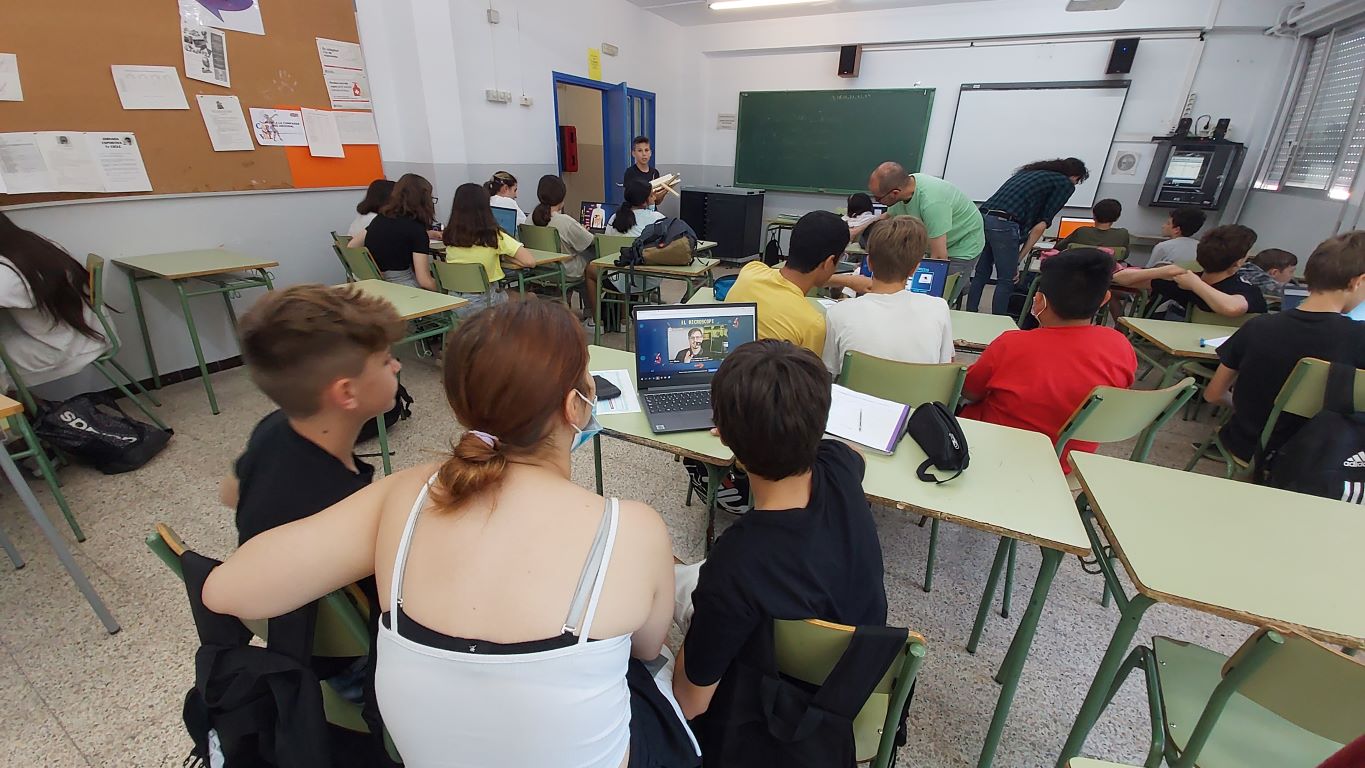 One and a half year after its debut, the STARS Game project has just reached its midpoint, Thus, the four partners have already delivered two rounds of workshops and implementations. Everyone’s experience regarding the escape room and the scientific poster ended up being very positive and rewarding.

In L’Hospitalet de Llobregat, last week a team of scientific communicators from IDIBELL has visited the four local high schools that are involucrated in the STARS Game project since its beginning: INS Bellvitge, INS Mercè Rodoreda, INS Bisbe Berenguer and Jesuïtes Bellvitge. From these four centers, six class groups accounting for 119 students have experienced the escape room.

Most of the students were all looking forward to the activity, as they were told about the escape room in February’s workshops. In each session, the class group was divided into teams of two or three students and each team was assigned a specific itinerary each: immunologists, microbiologists, molecular biologists and anatomopathologists. After a brief introduction and some advices, students had one hour to complete the escape room. Science communicators and teachers helped them during the activity but teamwork and puzzle-solving was the most important skill to advance in the escape room. Overall, around half of the teams could finish the escape room on time. During the following days, each team filled a scientific poster summarizing the research they had just undertaken.

Thanks to the feedback received in the first implementation round, the escape room and the poster included some improvements. For instance, some pieces of text explaining scientific concepts, i.e. microscope, antibiotics or vaccine, were replaced by short videos recorded by researchers in the workshops with researchers by the partner institutions. This made learning more attractive to students, and also helped researchers work on their communication skills. Also, the scientific poster template was customized into the four different disciplines in order to better guide the students.

All in all, according to the feedback received, the implementation sessions were very positive for every actor involved: scientific communicators, teachers and students. Moreover, the partners obtained valued feedback that will be essential for a further improvement. All participants are looking forward to the next and last year of the STARS Game project.

STARS GAME is an ERASMUS+ 3-year project (2020-2023) that aims to develop innovative game-based and inquiry-based practice to bring research into schools, particularly to 10-13-year-old students and their teachers in 4 European countries.

Erasmus + is the European Union’s program that supports education, training, youth and sport in Europe. With a total budget of € 14.7 billion, it contributes to the Europe 2020 strategy for growth, jobs, equality and social inclusion.