STARS GAME, a project on science education innovation, is implementing the first version of its escape room 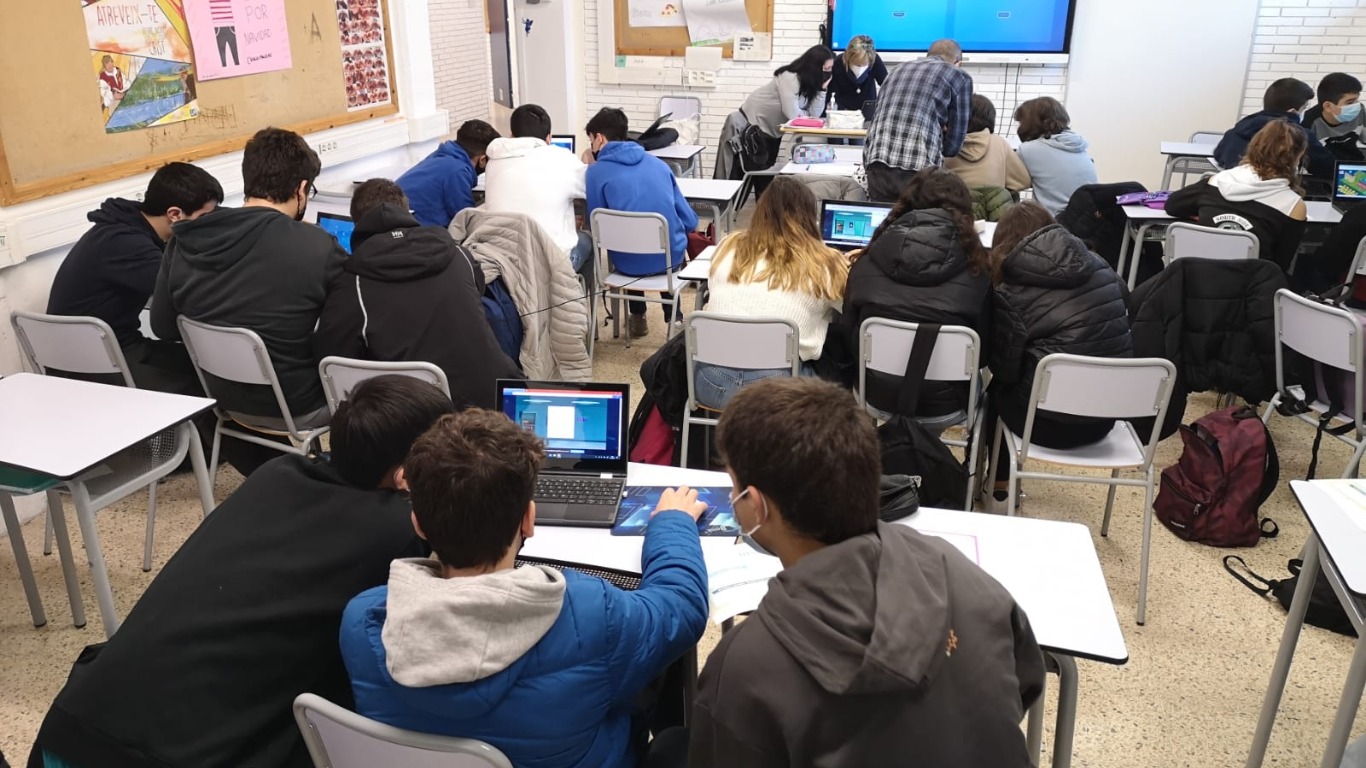 Encourage critical thinking among high school students and promote, by playing, their interest in knowledge of biomedicine and the scientific method: these are the main objectives of the STARS GAME project, an initiative carried out by four European institutions thanks to an Erasmus + 2020 grant, conceded by the European Commission.

STARS GAME is a 3-year project that builds around the co-creation of a digital escape room, with the participation of the students collective (between 10 and 13 years old) through classroom workshops, their faculty and scientific research members and communication professionals from the four countries. The institutions that are part of this strategic alliance to promote innovation in science education are the Fondazione AIRC from Italy, the project leaders, Poslovno Svetovanje from Slovenia, HMGU from Germany, and IDIBELL from Spain.

Throughout 2021, two workshops have been held in each country with secondary school teachers, one to present the project and another to prepare the first implementation of the game prototype. The students were the first to attend the introductory workshops on the scientific method and knowledge and stereotypes evaluation, which made it possible to gather useful data for the design of the escape room. With the researchers, a workshop based on the Design Thinking method was held, which ended up with the presentation of prototypes of digital games based on biomedical challenges. Finally, during the last months of the year, the first version of the escape room was implemented, obtaining a very good response from the participants.

To highlight the multidisciplinarity inherent in biomedical research, the STARS GAME escape room includes four itineraries, which allow students to put themselves in the shoes of scientists from four complementary fields and work in a coordinated way to deal with an unknown infectious disease. Thus, in groups of three students, players can solve the challenges of the activity by being part of the anatomopathology, microbiology, immunology or molecular biology research teams. After the escape room activities, the various groups share the experiences of the four itineraries. To conclude the experiment, each group prepares a scientific poster, based on the tests they have had to pass, the challenge posed and the results obtained. The ultimate goal of the project is to encourage evidence-based reasoning, problem-solving skills, and critical thinking.

The contributions received during the workshops will be collected at the end of the whole project in two guides: one for teachers, which aims to teach science with methodologies based on research and play, and another one for research professionals, intending to increase scientific communication skills. In addition, in order to share the conclusions of the project with a larger audience and at the same time ensure its impact and dissemination, each research institute will organize an informative event, open to other professionals in education, research and scientific communication.

Erasmus + is the European Union’s program that supports education, training, youth and sport in Europe. With a total budget of € 14.7 billion, it contributes to the Europe 2020 strategy for growth, jobs, equality and social inclusion.